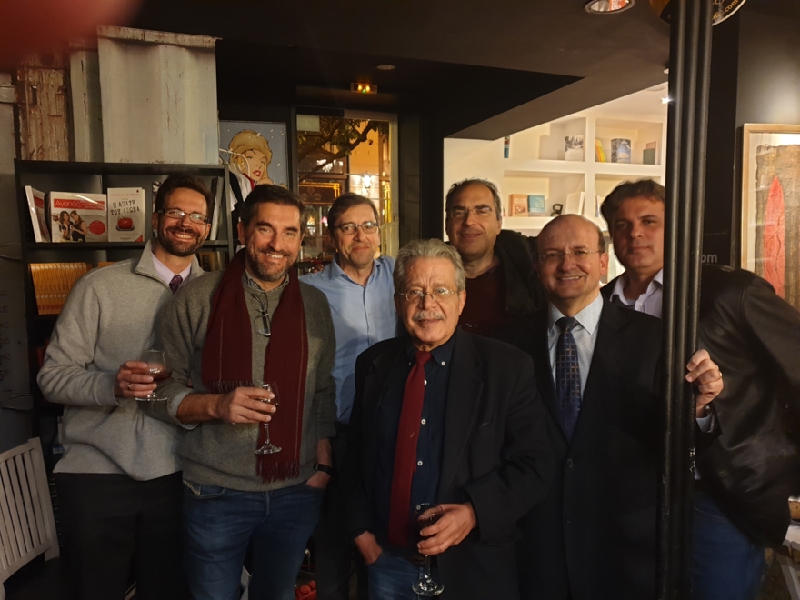 Vasilopita is a Greek tradition, where on the first day of the New Year, people cut the bread hoping to find the coin that is said to bring them blessings throughout the whole year. A few days after the New Year’s Eve, in the cozy environment of Free Thinking Zone, Executive MBA Graduates cut the Vasilopita. Professors Bourantas, Papadakis and Nikolopoulos honored us with their presence.

Executive MBA Alumni invites you to the Christmas Event that will take place on Thursday the 13th of December 2018, at 21:00 in President Hotel. 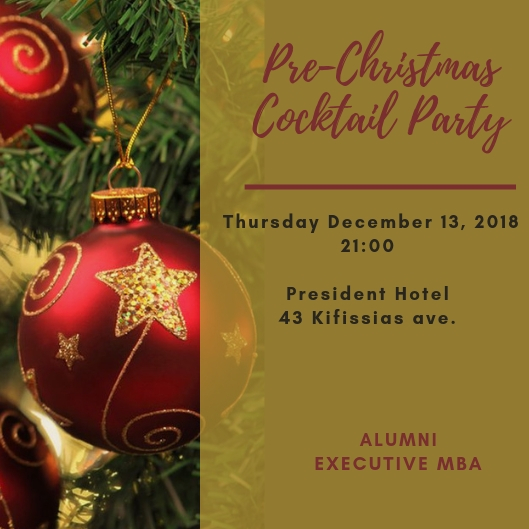 The Executive MBA team and the Alumni invited you to the Seminar about the 4th Industrial Revolution, that will take place on Friday the 23rd of February (18:00) in President Hotel.

Artificial Intelligence is here to stay and it brings along dramatic changes in both the social and professional life. Medical diagnostics via computers, pilot-less airplanes and driver-less cars, face recognition systems in airports, personal assistants, stock trading through algorithms are just a taste of how the next era of Human-machine partnership will impact our everyday life.

Scientific community openly discusses the risks associated with artificial intelligence. Humanity’s journey toward developing true Artificial Intelligence “is the human brain’s wager with Darwinian evolution,” according to Prof. Constantinos Daskalakis, the X-Window Associate Professor of Electrical Engineering and Computer Science at the Massachusetts Institute of Technology (MIT). “One of the highest functions that the human brain can do is to copy itself. When humans reach the point of reproducing their own abilities in an artificial way, then everything is open and everything is possible. This can be amazing, it can lead us to a Wonderland where the existence of machines will work in humanity’s favor or it can lead us to unpleasant situations,” Daskalakis said, when asked if he shared the fears expressed by noted scientists and leaders in the field of technology – such as Bill Gates, Stephen Hawking and Elon Musk – about the possible negative repercussions for humans of rapidly developing AI and especially Artificial General Intelligence. According to the results of a recent research, the Dell Technologies Corporation and the Institute for the Future believe that 85 percent of jobs today’s learners will do in 2030 haven’t been invented yet! So, what are the challenges and the opportunities of the 4th Industrial Revolution?